Understanding the Relationship Between Atrial Fibrillation and Cognition

What is Atrial Fibrillation and AFib Burden?

Atrial fibrillation (AFib) is a common heart arrhythmia affecting an estimated 33 million people globally.1  There are a number of risk factors that make certain people predisposed to AFib—such as increasing age, high blood pressure, diabetes, sleep apnea and some other heart diseases.  However, some people develop AFib without any of those factors, and only a fraction of people with those conditions go on to develop AFib.

AFib can affect people differently. Some people have no symptoms when in AFib, while others feel palpitations and/or exercise intolerance. Some people may be in AFib all of the time (persistent/permanent AFib), while others go in and out of AFib (paroxysmal AFib). AFib can last for various lengths of time, it can occur at different times of the day or night, and different things may trigger it, such as exercise or alcohol—though, for most people, the triggers are not clear (another thing we hope to learn in BEAT-AFib). AFib burden is the percent of time someone spends in AFib (compared to normal sinus rhythm). There are several treatment goals for patients with AFib.  The two main “complications” we worry about with AFib are the increased risk of stroke and the increased risk of developing heart failure.  As a result, in the right people, we treat with blood thinners to prevent stroke and ensure either the heart rate or amount of AFib is controlled (which approach depends on symptoms). In addition to addressing the prevention of those two “complications,” the ultimate treatment of AFib—whether by medications, cardioversion or ablation—is determined by how symptomatic the AFib is, with a treatment goal of relieving symptoms. AFib burden, along with symptoms and heart rate, are measures physicians use to guide treatment.

Why Do a Cognitive Assessment in BEAT-AFib?

By using different tests designed to assess specific skills (i.e. memory), healthcare providers and researchers can determine which of the four regions of the brain (frontal lobe, which is responsible for executive function and decision-making; parietal lobe, which is responsible for language processing; temporal lobe,which is responsible for processing auditory information and memory; and occipital lobe, which is responsible for processing visual information) are being affected. The BEAT-AFib study is a large, observational study that hopes to add to this area of research, among other things. As many of you know, our participant population includes both those with AFib and those without. It also includes AFib patients who are undergoing various therapies, including AFib ablations. Every participant takes the same cognitive assessment, which assesses memory and the speed at which one processes information. These assessments help us investigate whether AFib (or its treatment) affects specific brain regions. By administering the assessments yearly, we are also able to study whether cognitive status changes overtime. Of particular interest is understanding whether treatment of AFib might improve cognition.  In our current study, AFib patients who will receive an ablation are administered the cognitive assessment before their ablation and at multiple timepoints after their ablation. After following the same patients for three or more years, we will hopefully better understand whether AFib treatment, like ablations, can improve cognitive outcomes in AFib patients. We can also investigate whether treatment of certain risk factors associated with AFib, such as hypertension (high blood pressure) and sleep apnea, might also improve cognition in the long run.

We still have much to learn about the relationship between cognition in AFib patients. Your participation is helping us investigate a disease that affects millions of different people. We hope to be able to share our findings with our dedicated participants throughout the course of the study. 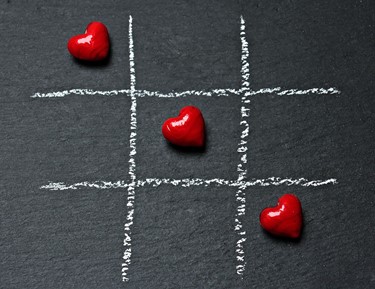 BACK TO STUDY UPDATES